Sunday afternoon, I chose to skip my afternoon nap in favor of watching the Bucs game. They were playing the Carolina Panthers and my hope was high that they were going to redeem themselves from the prior week’s disastrous loss to the Saints. At one point in the game, the announcers were reviewing a penalty flag that had been thrown minutes earlier. They reviewed it from several angles and as they did, I found myself pondering the benefits of watching a game on television.
For those, like me, who are football enthusiasts, you may agree that there are benefits of watching a game from the comfort of your own home. After all, the kitchen and snacks are only a few feet away, the AC thermostat can be changed within seconds and you do not usually have to stand in line to visit the bathroom. Another benefit is that we also get to watch the game from several camera vantage points. We can see whether a player kept their feet inbounds or whether he bobbled the ball. We can also see the receivers that are wide open on a passing play and where the holes are in a defense’s zone coverage.

However, we can only see those details because of the various camera angles. The players on the other hand do not get the ability to see what we can see. They only see the field from only one vantage point – the field of battle. But that doesn’t stop us from playing side seat driver or Monday morning quarterback. Because of our vantage point, many of us think we know better.

In the same way, have you ever been talking to a friend about their life and thought why can’t they see what I can? Why can’t they figure out what to do? Why are they struggling? Why aren’t they succeeding? Have you ever wondered the same about your own life? Have you ever felt like the quarterback that is being sacked every other play?

I have. I have been the friend. I have been the coach. I have been the pastor. I have also been the quarterback eating dirt. The thing is that those who are playing the game do not always have the benefit of seeing the whole field and even if they can, the game is playing out at lightning speed. A friend, coach, or pastor can sometimes see things they can’t see but even then, their perspective is limited.

As an example, take the story in the Book of Job. Even if you are not a reader of the Bible, most people have heard of his story. After all, it was a rough one. For His own reasons, God allowed Satan to inflict Job’s life with pain. Job did not know why it was happening to Him and neither did his friends. At his bedside, they tossed out possibilities for Job to consider, but at the end of the day, they were wrong. The only person who fully understood what was happening in Job’s life was the Lord.

He is the only person who fully understands what’s happening in our lives and those we care about as well. You see, He sits in heaven’s luxury box and has the benefit of both the live-action view, the plays that are to come, and the ones that led us to where we are now. He can see what we simply cannot.

Today, I’d like to encourage you to seek God’s perspective for your life and for the lives of others. You won’t always get it 100% right, but you’ll be right more often than not. Let’s seek the knowledge, understanding and wisdom that are only found in the Lord, because only then will we gain the right perspective which is a prelude to the right advice.

I have heard it said that knowledge is knowing that a tomato is a fruit. Wisdom is knowing that it doesn’t go in a fruit salad. Understanding makes peace with that fact and just makes a BLT.

You need a key to unlock the door of job opportunities. A key that will get your interviews. Your resume is that key. Next Level Resumes will teach you how to create an eye-catching, interest-provoking, resume that communicates your unique value by sharing your professional story. 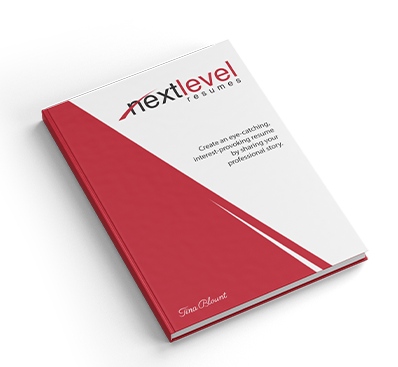